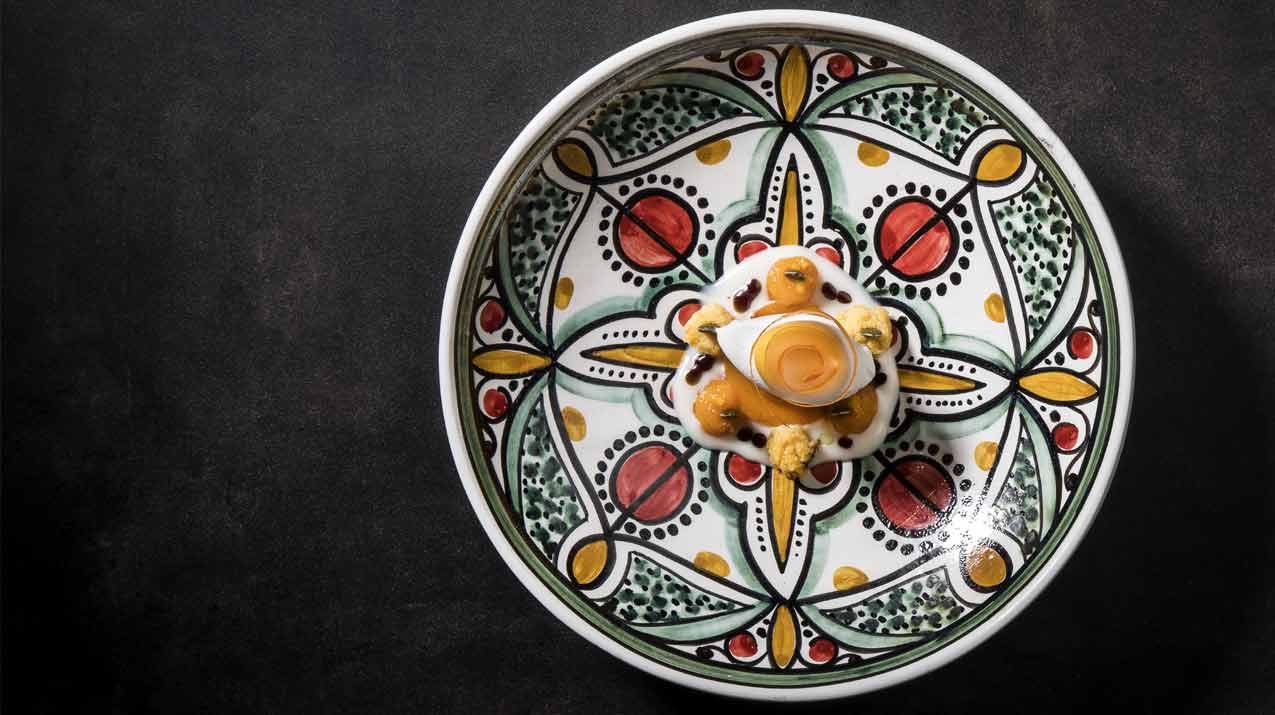 “We have a library of aromas in our minds that allows us to create dishes. Our memory is very important. We need to collect gastronomic souvenirs in order to create a concept”. Paco Morales is one of Spain’s most progressive young avant-garde chefs. Since 2016, in his hometown of Cordoba, he has been implementing a fascinating concept at the Noor Restaurant (Arab for ‘light’), inspired by the town’s Al Andalus cultural flowering period in the 10th century whilst under the Muslim rule of the Umayyad Caliphate: “We don’t use any produce from the so-called new world, but instead plan modern dishes according to recipes from this magnificent period”. A creative challenge that Paco Morales masters in a manner which has been awarded a Michelin star.

“We must give meaning to what we are doing. For me, being from Cordoba, this is absolutely essential. My concern is not only retrieving the fantastic variety of Al Andalus cuisine - at the Noor, we also revive materials and crafts that have mostly ceased to exist”, explains Paco Morales, who is exploring this rich heritage with the help of the renowned gastronomic historian Rosa Tovar and other experts. Not only the cuisine, but also the restaurant’s decoration, tableware and service team’s attire are the result of this research.

Paco Morales gained his first culinary experiences in his parents’ chicken eatery in Cordoba. After training as a chef, several professional stints with Andoni Luis Aduriz in the Basque Mugaritz proved a decisive influence. Paco Morales also worked for several years alongside Ferran Adrià, in the creative team at elBulli. Now aged 37, his culinary skills have repeatedly won awards. As early as 2007, Paco Morales was awarded “Best young chef in Spain” and while at the Ferrero Hotel in Bocairent (Valencia) he earned his first Michelin star shortly after its opening in 2012. In addition to the Noor, the Hotel De Las Letras in Madrid, the Torralbenc in Minorca and the Alacena in Rio de Janeiro are also under Paco Morales’ gastronomic command.