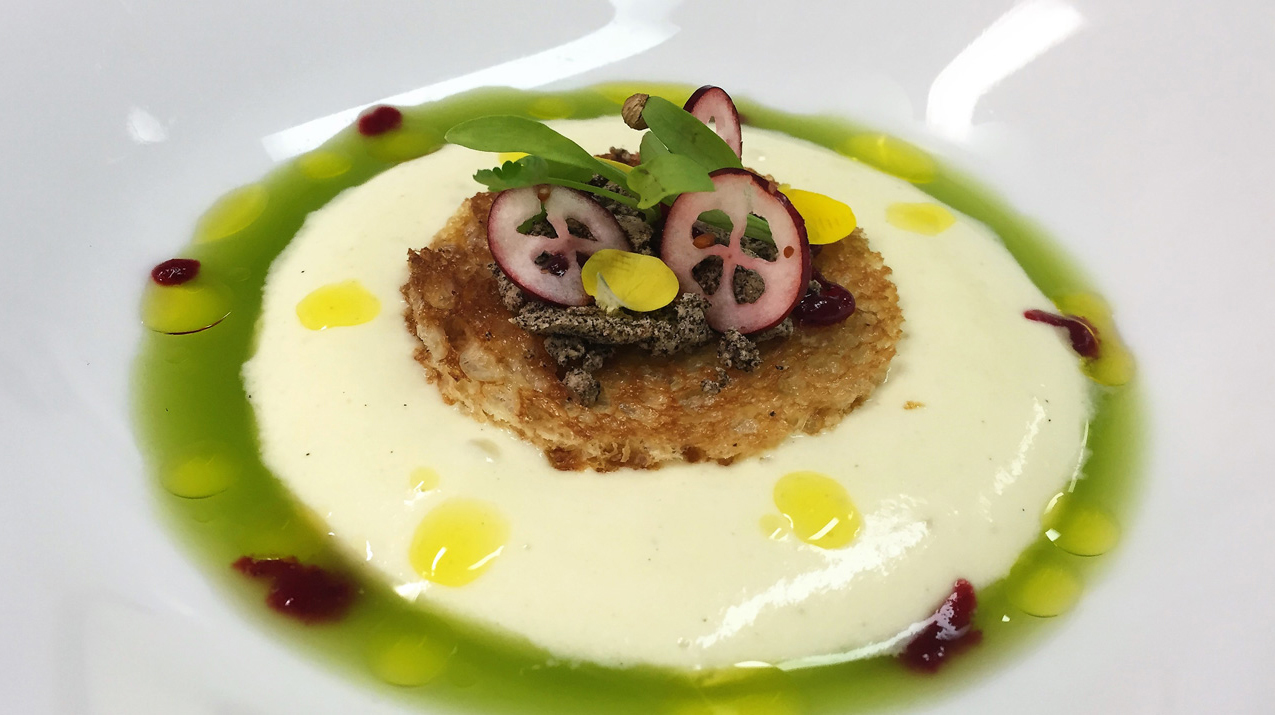 As chef de cuisine, Eric Menchon has caused a sensation at Le Moissonnier in Cologne for roughly the last 30 years. What fascinates everybody is his seemingly inexhaustible source of creative ideas, with which he celebrates his distinctive bistro cuisine. It is charmingly unconstrained and typically French rural, but at a Michelin two-star level and with 18 GaultMillau points. His culinary signature and the subtlety of the hosts, Liliane and Vincent Moissonnier, make Le Moissonnier a totally unique artwork. Despite its high distinctions it is a fabulously traditional looking bistro with tables set close together and a lively atmosphere at lunchtime and in the evenings. Thanks to a playful and masterly joy of experimentation, the trio have succeeded in reaching the peak among creative restaurants.

Born in the south of France, Eric Menchon naturally has a particular understanding for Mediterranean cuisine, along with uncompromising, excellent skills and obvious ingenuity for a unique world of tastes. The skills are demonstrated by signature dishes such as ‘Suckling calf’s sweetbread’, caramelized in geranium-basil essence and served with hummus and corn variations as well as black salsify in orange flower water, or Menchon’s speciality, ‘Tokyo-St Denis’ – a mackerel sushi in house-style with pink ginger jus and Calamansi balsamic vinegar, as well as hazelnut oil, or ‘Scampi dim sum’, with tomato pomegranate rougail and wasabi ice cream.

After his training at the hotel management school in Nice, Eric Menchon worked at the Mazarin restaurant in Aix-en-Provence and the Quatre Saisons restaurant in Marseille, before being called up for military service. There he was quickly promoted personal chef of the ‘Général Gouverneur Militaire de Marseilles’. In 1987, he answered a job advertisement of the Moissonnier couple and was engaged as chef de cuisine in Cologne. Rather untypically for a master chef, the life story of Eric Menchon shows no spectacular professional stops in high gastronomy before arriving at the place of his culinary prosperity, Le Moissonnier on the shores of the river Rhine in Germany. This certainly also constitutes his uniqueness: to surprise over and over again the guests and restaurant critics at Le Moissonnier with originality, character and a thoroughly personal signature.