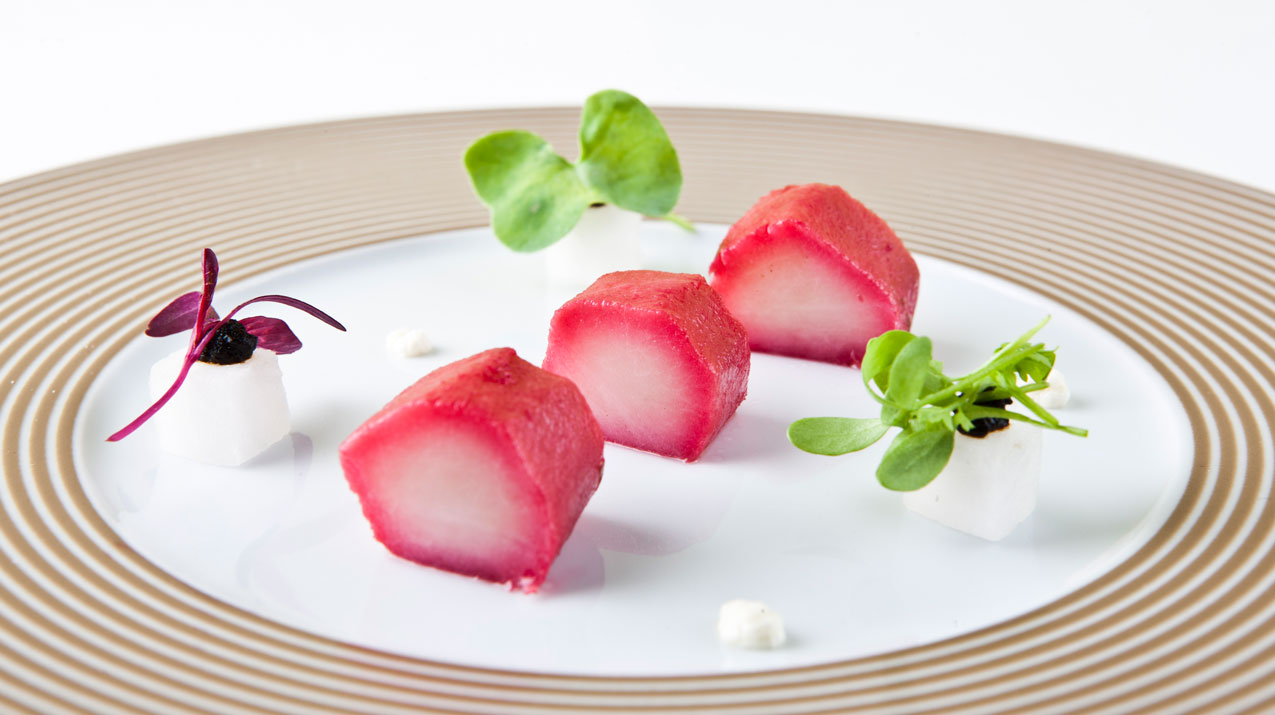 The Andalusian star-crowned chef Ángel León, awarded ‘Best chef of Spain’ in 2013, is actually known throughout the world as ‘El chef del mar’ – ‘the chef of the sea’. Obsessive in a positive way, there is nobody he could be compared with in haute cuisine who processes the treasures of the sea in his kitchen with such passionate commitment and painstaking curiosity to create so far unknown culinary creations. Ángel León is a fervent defender of sustainable fishing and has a humble appreciation of all marine life.

This personal value urges him incessantly to use everything possible for his cuisine, whether fish, crustacean or even protozoon. He creates incredible dishes, sauces, soups and cocktails that are exclusively served in his restaurant Aponiente. Instead of vegetable gardens, he keeps plankton gardens in the Coto de Doñana national park. Thanks to his experimental culinary research he gained a major reputation through his work at an early age in Spain’s avant-garde cuisine, and provides new and important inspiration to cooks all over the world. In keeping with the motto ‘The real revolution will come when scientists and cooks work together’ of the great Ferran Adrià, he is involved in several marine biology research programmes. Furthermore, his creative mind is constantly inventing new devices for the preparation of unexpected specialities. Ángel León travelled across the seas as a sailor before he started his cooking career.