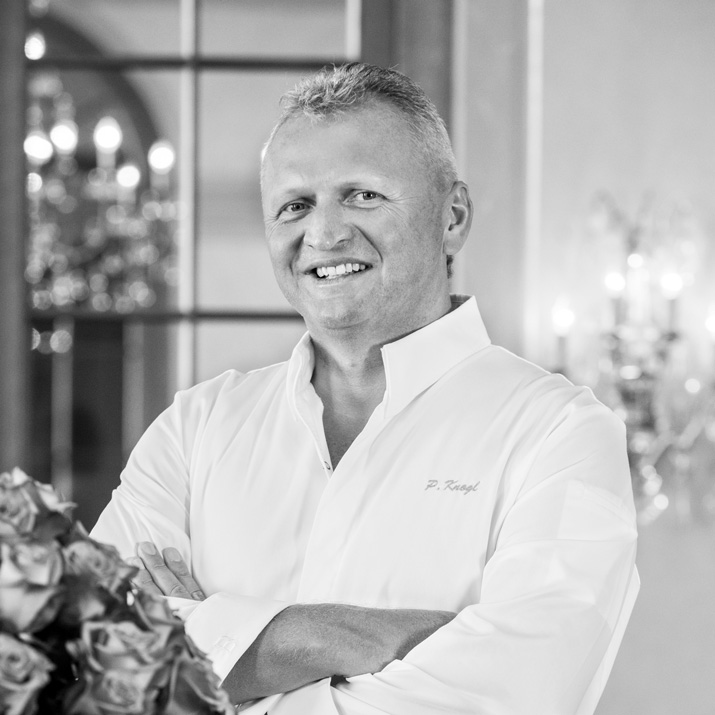 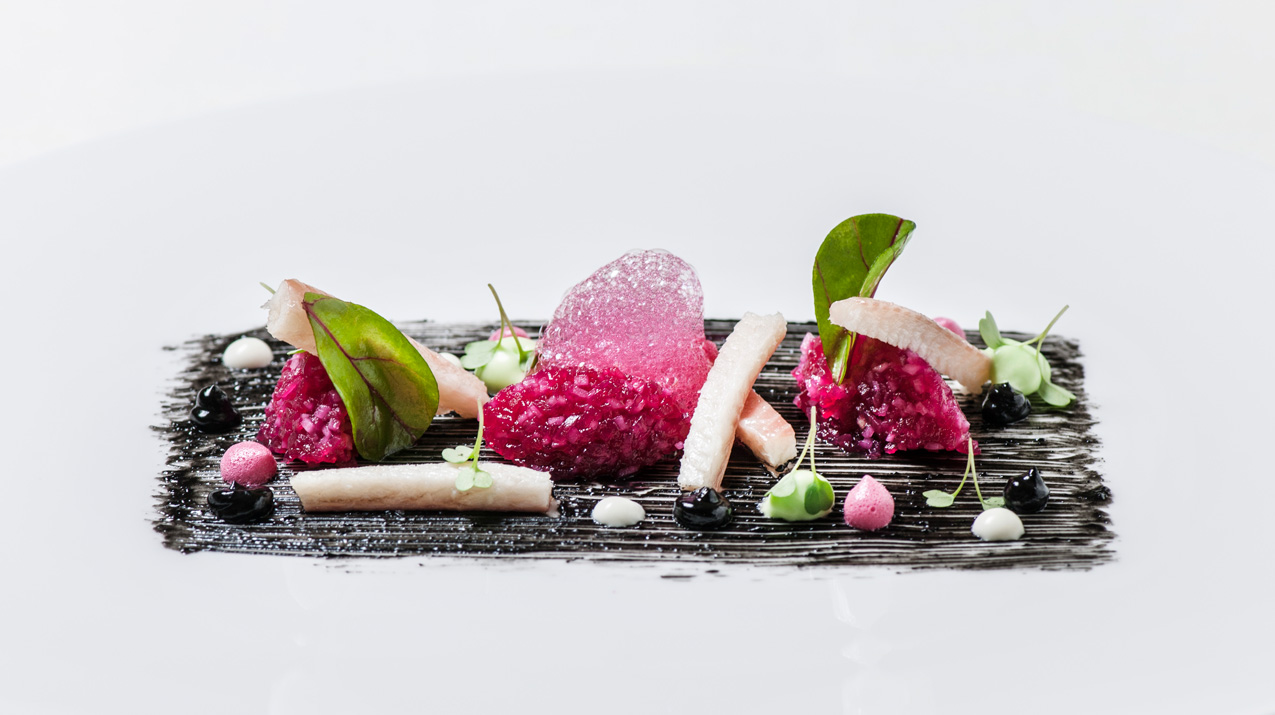 The native Bavarian Peter Knogl has created a novelty in the Swiss gastronomy scene. Since 2007, after an international career, he has spoilt the guests as chef de cuisine at the Cheval Blanc by Peter Knogl restaurant of the renowned grand hotel Les Trois Rois in Basel. Within five years, GaultMillau honoured him twice with the distinction of ‘Chef of the year’ (2011 and 2015), he obtained 19 Gault Millau points, and he was awarded – as the third master chef and first chef de cuisine ever of a hotel restaurant in Switzerland – with three stars by the Guide Michelin. Despite the highest ranking of his culinary art, Peter Knogl has remained an unruffled worker, without much fuss as far as he is concerned. ‘All my life is cooking’, he says with a smile; the topic occupies him 24 hours a day. Sauces based on exceptional research play the main part in his famous flavour compositions, the reason why culinary experts gave him the appreciative nickname of ‘King of sauces’. ‘Sauces and flavours are certainly my emphasis. That is why I serve practically all my dishes with a spoon. In fact, I would like to serve only meat dishes with a knife. One should preferably eat everything with a spoon, it’s far more interesting. There is enough room on it, and it brings all the flavours to the mouth at the same time’, explains Peter Knogl.

The promotion into the culinary Champions League capped his career of over 30 years in international star gastronomy, with formative professional stations, for instance at Heinz Winkler’s Tantris and at the Tristàn in Majorca under the lead of Gerhard Schwaiger, as well as at Le Chantecler with Joël Antunes at the Negresco hotel in Nice. From 1996, Peter Knogl was responsible as executive chef of gastronomy at the Las Dunas hotel in Spain, before working as chef de cuisine with Heinz Winkler in Aschau, Bavaria. In 2004, he was attracted by Switzerland. First on the shores of Lake Geneva at Le Trianon of the Mirador Kempinski hotel, where he achieved straightaway a Michelin star, and finally, in 2007, to Basel on the Rhine, as chef de cuisine of the Cheval Blanc at the grand hotel Les Trois Rois. As the fifth child of a farmer’s family in Lower Bavaria, Peter Knogl had to help in his younger years on the parental farm. His grandmother ran a small inn and thus the passion for harvest-fresh cuisine practically began in his cradle.

His straight forward French haute cuisine enriched with Mediterranean and Asian influences, is based uncompromisingly on the very best ingredients. They are the crucial cornerstones, depending on the season, of the varying market-fresh creations from his three-star cuisine at the Cheval Blanc by Peter Knogl. What enthuses critics and gourmets far beyond the borders of Basel, is the ‘almost incredible constancy on a high level’ of his creations, that turn each time into ‘true classics’, as the GaultMillau puts it. He himself likes to describe his style as a classical cuisine with modern interpretation.

By ‘modern interpretation’ Peter Knogl understands the combination of unusual aromas, as for example in his lamb dish with ginger. It is of high importance that both flavour components can exist side by side and complement each other. The emphasis is put on the taste, not the aspect. He has often experienced that nice looking meals were finally not as good as expected. ‘It is important to find the balance’, is the three-star chef’s simple formula.