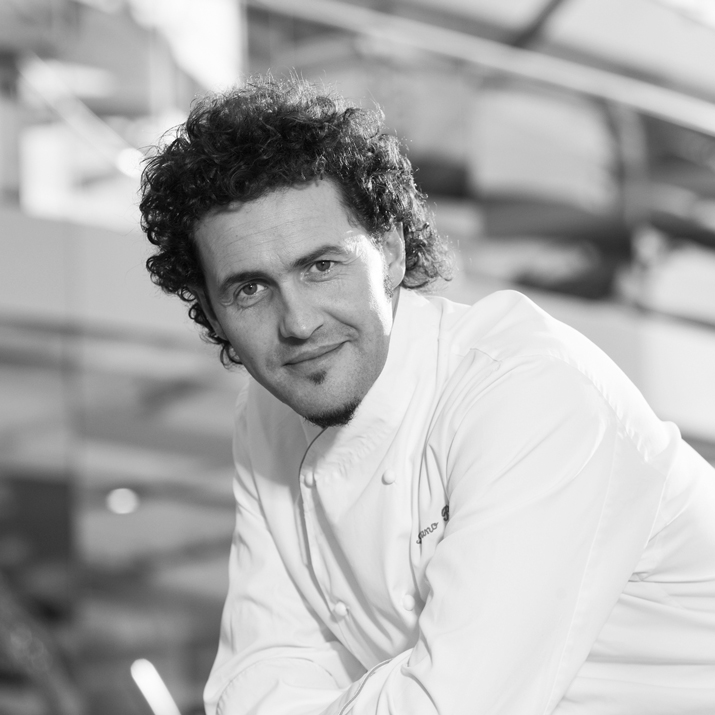 ‘Anarchy from the vegetable patch’ is how Stefano Baiocco describes his favourite salad, with a smile on his face. It is made up of one leaf each of 150 (!) different spice plants that he cares for in his herb garden. His favourite herb is basil, of which he grows nine varieties, and among them varieties with cinnamon, lemon and liquorish aromas. Stefano Baiocco devotes himself to simple things. The most diverse flavours unfolding in the mouth are his speciality.

The young man has talent and a sense of humour. His ‘simple natural cuisine’ led the current Grand Hotel Feltrinelli – the former residence of Mussolini - on the shores of Lake Garda, to great new fame. His homemade pasta is among Italy’s best. Spoilt VIPs like Naomi Campbell are among his enthusiastic guests, as are dedicated gourmet connoisseurs. Restaurant critics rave that thanks to herbs and aromas, he makes dreams out of typically Italian dishes; dreams from which one only wakes up once the last bite is swallowed. The Michelin Guide has awarded him a second star for his art of cookery. His cookery book ‘Mise en place’ created a furore and received the ‘Gourmand World Cookbook Award’. It targets professionals and amateur chefs alike. They need to contribute their own basic knowledge and creativity as it only gives quantities instead of detailed cooking instructions. Stefano Baiocco worked with exceptional master chefs chefs in well-known restaurants as Enoteca Pinchiorri in Florence, Alain Ducasse and Pierre Gagnaire in Paris, all of them three stars restaurants, or Ferran Adria’s El Bulli in Cala Montjoi. Also he had worked for Raymond Blanc, Pascal Barbot, Joan Roca and Luis Aduriz before heading the kitchen of the Feltrinelli after his nomadic years. ‘I would like to be able to touch their thoughts, because I believe gastronomy is more in the head than in the stomach’, is the description of his personal motivation.