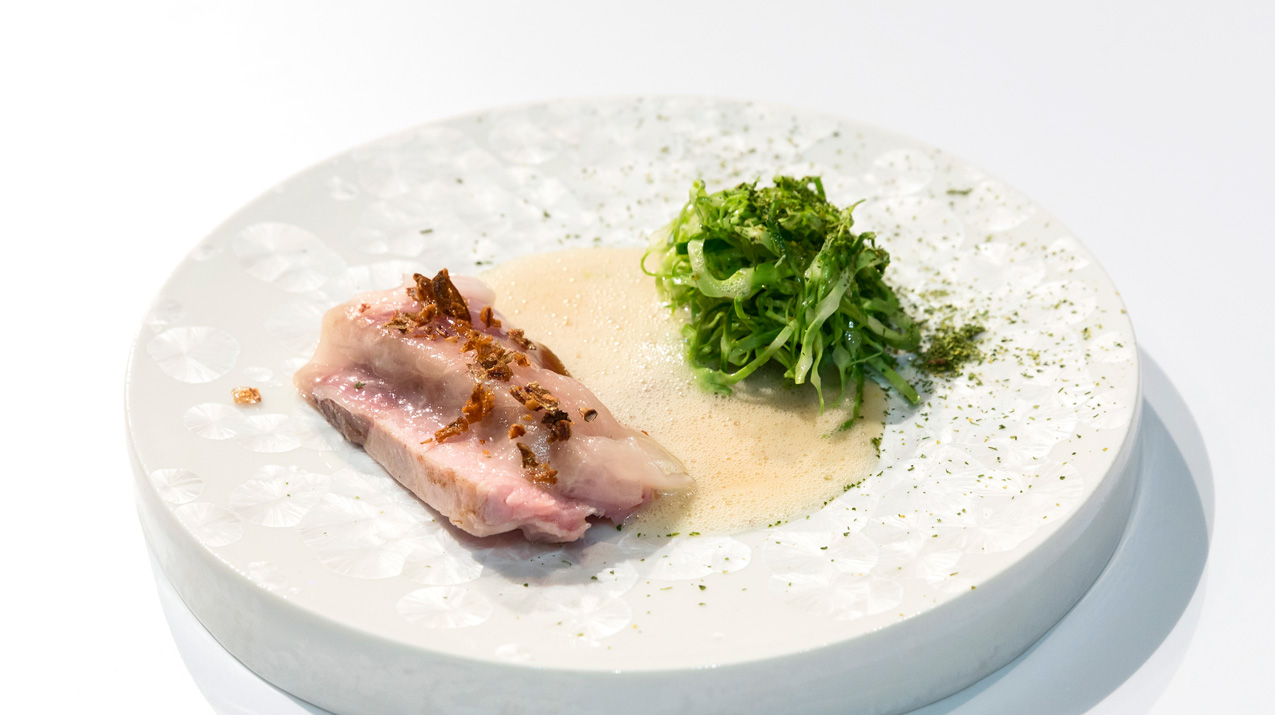 An inn as a gourmet restaurant? A gourmet restaurant as an inn? – Thanks to the winning formula of brother and sister Sonja and Richard Rauch, the picturesquely situated Steira Wirt is both these things - under the same roof! Richard Rauch is the talented chef de cuisine, and his sister Sonja, the soul of the restaurant, the host, and trained wine specialist. Almost all the basic produce of the three Toques cuisine comes from the surrounding area, and sausages are made in the in-house butcher’s shop.

Far away from any big town, the young cook aged 30, recently proved his talents by receiving a major gastronomy award: GaultMillau nominated him as Austria’s ‘2015 Chef of the Year’. As a member of the ‘Jeunes Restaurateurs d’Europe’ this likeable and exceptional talent stands for top cuisine that is peerless, even beyond his home state of Styria. ‘In menus that are light as a feather, Richard Rauch combines seemingly ordinary products such as sauerkraut, ham, rabbit and turnip cabbage with exotic food such as matcha, yuzu, dashi and orange blossoms with magical grandeur, to create dishes that spontaneously rehabilitate the overused catch-phrase of gastronomy experience’, said GaultMillau when explaining its decision.