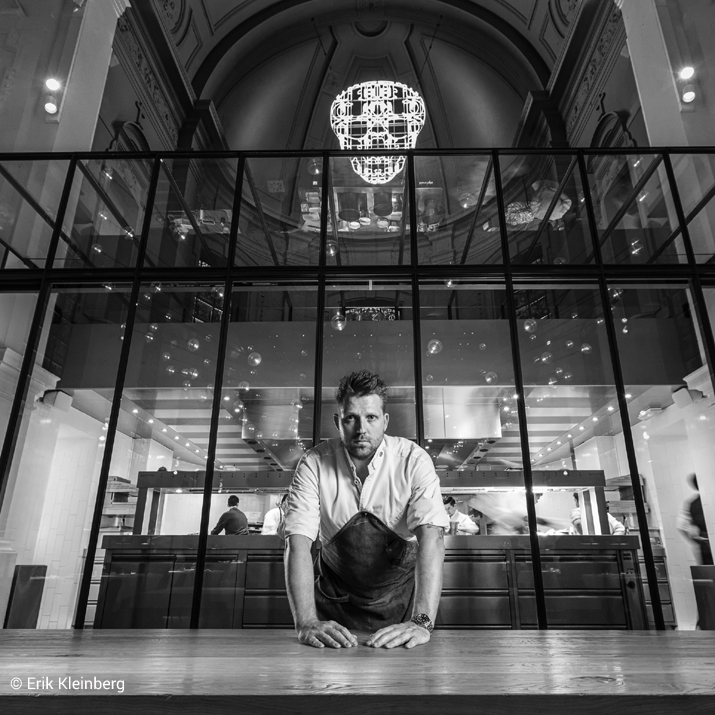 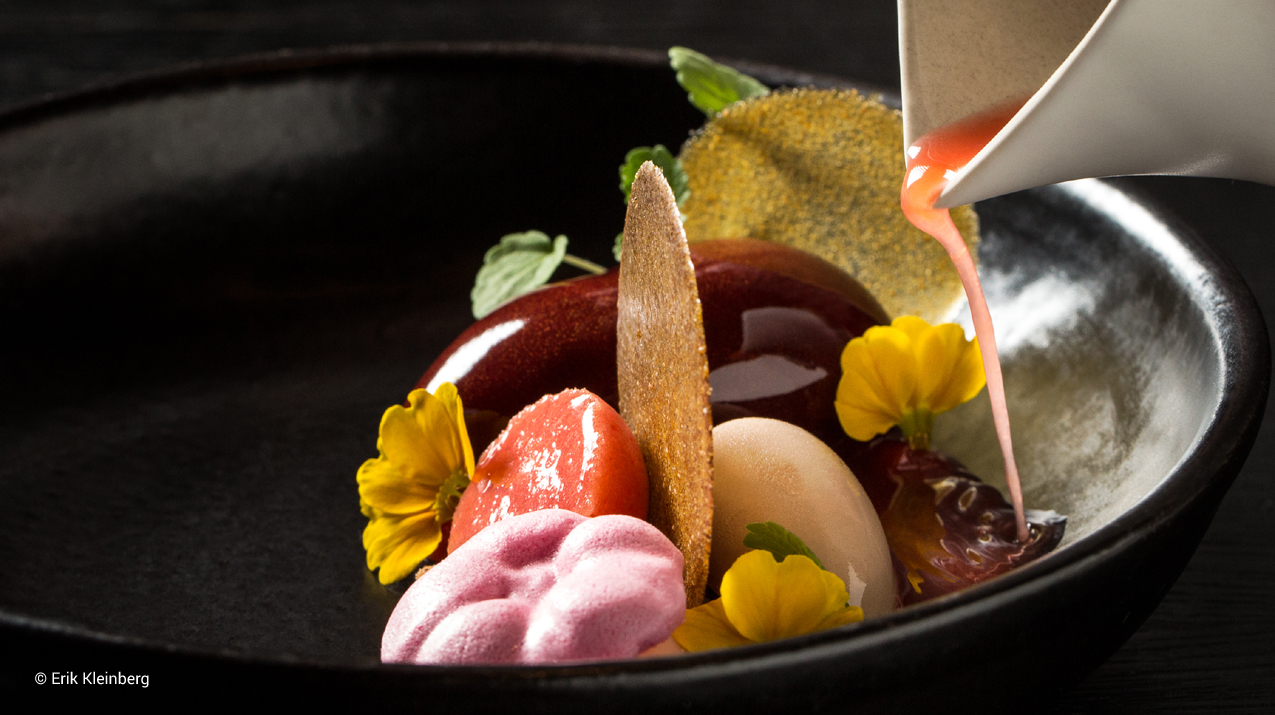 ‘Food is our religion’, says the Dutch two-star chef Nick Bril, quoting the motto of his current workplace: The Jane restaurant. It is to be found in the chapel of Antwerp’s former military hospital, the meals being prepared where the altar once stood. Equal partner in the venture is Sergio Herman, Nick Bril’s mentor since he was 19 years old, the only chef other than Marc Veyrat, who has ever received the fabulous top ranking of 20 points from GaultMillau. Together, the two creative chefs have devised an exquisite tasting menu that reflects a cuisine as controversial as the restaurant in the church itself: exotic and accessible, well thought-out and pure.  Their out-of-the-ordinary, all-round concept in this trending restaurant, renowned throughout Europe, sets new standards in the gastronomic scene.  The two master chefs work hand in hand with architects, designers and artists, each time reinventing an exceptional atmosphere in The Jane, where they offer unique, star-rated culinary experiences – at strikingly moderate prices.

Chef de cuisine Nick Bril started his career at the age of fourteen as a dishwasher in a restaurant, where he was to gain his first practical experiences in the kitchen a little later. Having caught the ‘gastronomic virus’ as he puts it, Nick Bril completed a classical apprenticeship as a cook in Belgium. He then worked in different positions in award-winning restaurants such as De Kurhaus, Château St. Gerlach and De Librije, among others.

At the age of 19, Nick Bril started working as a sous-chef with three-star master chef Sergio Herman at Restaurant Oud Sluis, where he became infected by the ‘rock & roll virus’. He explains, ‘This means working extremely hard, trying to be incredibly close to perfection whilst at the same time creating an easy going and chilled ambiance without the stiff and frigid atmosphere found in many restaurants of that level’. He left restaurant Oud Sluis after four years and became the Chef de Cuisine at  Envy in Amsterdam. Only one year later, he returned to Oud Sluis, where he as of then embodied the role of Chef de Cuisine alongside Sergio Herman.  He was then only 24 years old. Five years later, the two decided to end the Oud Sluis chapter on their highest peak, having achieved three Michelin stars and the maximum of the 20 GaultMillau points, and start their new project: The Jane in Antwerp.

Shortly after opening, in 2014, the restaurant was awarded the first Michelin star and only eight months later a second star followed. The clerical setting had an inspirational effect, and Nick Bril, then aged 31, felt he was at the beginning of his personal culinary journey of discovery, which he wanted to share with the guests at The Jane. Describing his creativity, he says, ‘I do have a very strong and clear vision and I don’t want to just focus on being a chef. We are involved in multiple collaborations with artists and are present at several festivals because we believe it’s important to share the experience of our food and philosophy with as many different people as we can. I also travel around the world because I want to discover other cultures, develop myself and be inspired by other people, ingredients and flavours. When I return to The Jane I always have a lot of new ideas for the restaurant and bar. The mix of fine dining, artists and designers makes my job as entrepreneur one of the most thrilling and challenging one that I can imagine. My ‘duty’ but also my wish is to translate this feeling for the guests. They will feel, see, taste, smell and hear my vibes on their plate.’

Besides his passion for cookery, Nick Bril is also a famous DJ, performing in clubs and at festivals. Gastronomy and music for him are the symbiosis of his total perception of life & love. Besides his highly gifted culinary and musical arts, guests at The Jane can experience and savour the balanced symbiosis between art and gastronomy, design and interior decorating. This is precisely what Nick Bril wanted to realize and share with the guests.