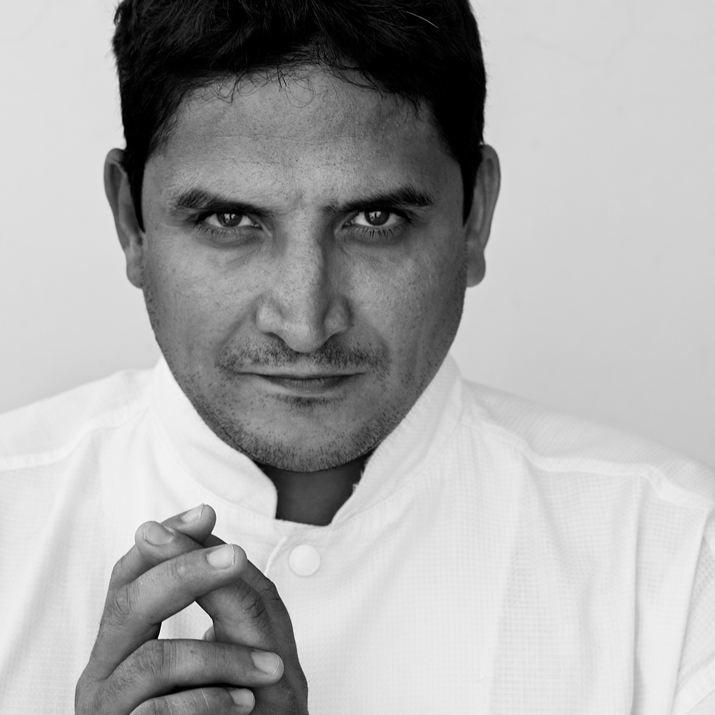 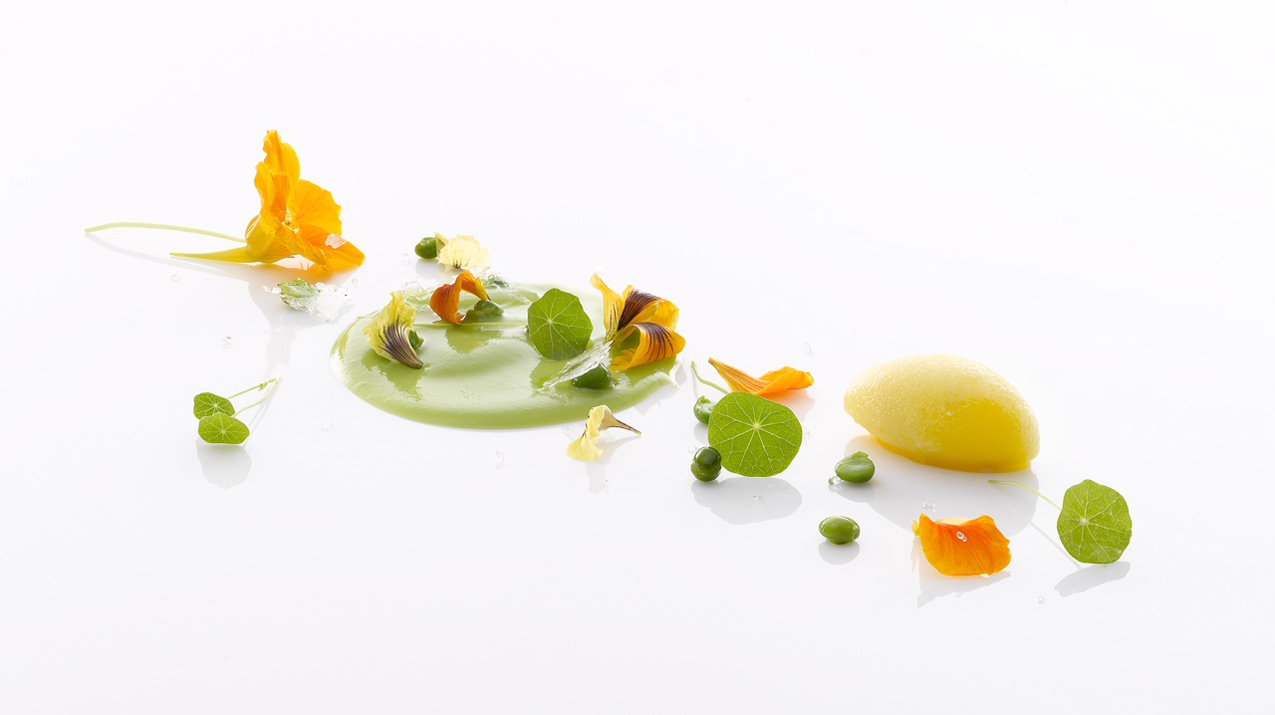 In 2014, Mauro Colagreco has improved the position of his restaurant Mirazur in Menton by not less than 17 places on the ‘World’s Best Restaurants’ list – moving up from 28th to 11th position! The verdict of the specialized jury was that his style is uniquely ‘new natural’. The GaultMillau called him a ‘prodigy who feels the essence of cuisine just like a virtuoso feels the fleeting soul of a fugue’, and selected the native Argentinian in 2009 as the first non-French ‘Chef of the year’ of the Grande Nation.

The Michelin Guide awarded his avant-garde art of cookery two stars. What fascinates everybody is how Colagreco’s cuisine breaks boundaries between land and sea, and invites one to embark on exceptional journeys passing through the Mirazur gardens, the sea, France, Italy and Argentina. ‘We can also find creativity in simplicity’, is his magic formula in this respect.
Whenever Mauro Colagreco is not behind the stove, his passion is devoted to caring for more than 250 herbs and edible flowers. They enhance his cuisine, along with almost 40 tomato varieties growing in the gardens that surround his restaurant. Colagreco’s way of cooking crosses borders. This is certainly due to the fact that he enjoys looking beyond his own horizon. He travels in order to collect new ideas for ingredients and methods of preparation from a wide variety of cultures, and all this is integrated into his cuisine.