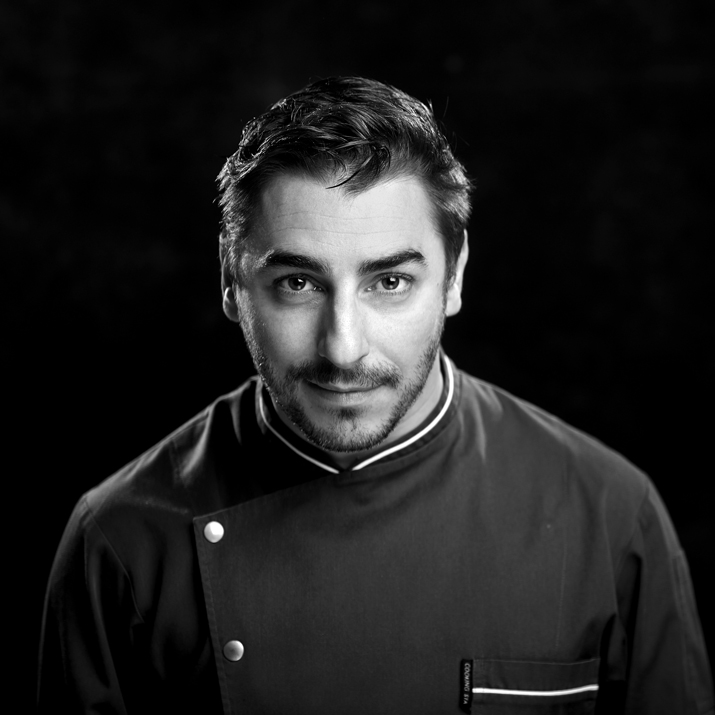 Jordi Roca, with 38 years the youngest of the three Roca brothers from the legendary El Celler de Can Roca (World’s Best Restaurant No. 1), was not given the award of ‘World's Best Pastry Chef’ 2014 by chance. He is a pastry pioneer and a developer of original techniques. He creates desserts that go beyond accepted conventions, such as Campari and grapefruit juice, which is painstakingly sealed into a cocoa butter-covered bonbon that explodes on contact with the mouth, or a perfect caramel apple that is obtained by blowing a finely-tuned mixture of sugars in the same manner as glass. Another stand-out dish arrives in the form of what appears to be uncooked dough, which is undulating on the plate. It turns out to be sourdough ice cream with cocoa pulp, fried lychee and sherry vinegar macaro; it’s both rule-breaking and delicious.

Now, this eccentric but modest genius has experimented extensively with perfumes – recreating famous fragrances in edible form and even launching his own avant-garde scent based on a lemon dessert. He is also the driving force behind Rocambolesc, an alternative but accessibly priced ice cream and sweet shop that opened in the centre of Girona in 2012, with a branch in the seaside resort of Platja d’Aro, and more in the pipeline. With the Rocambolesc, the chef successfully brings sublime creations to a fresh audience.