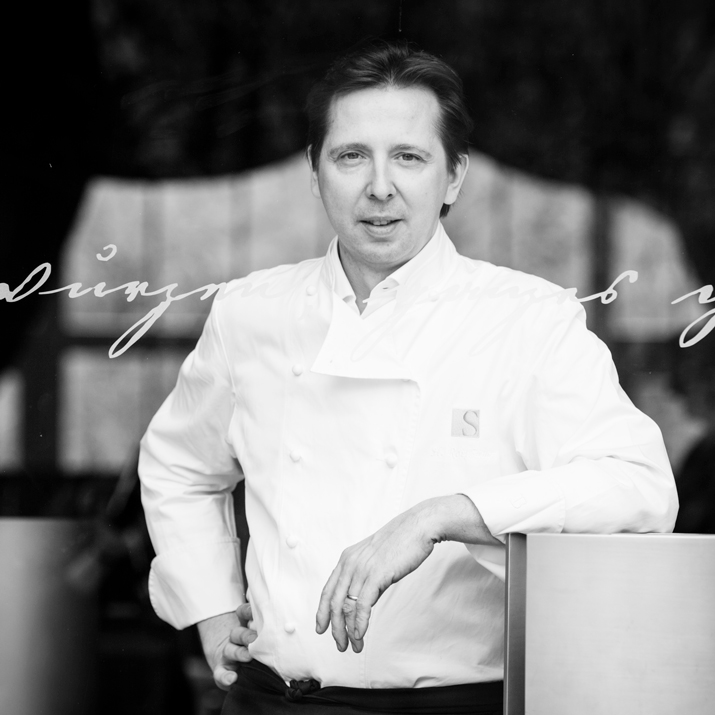 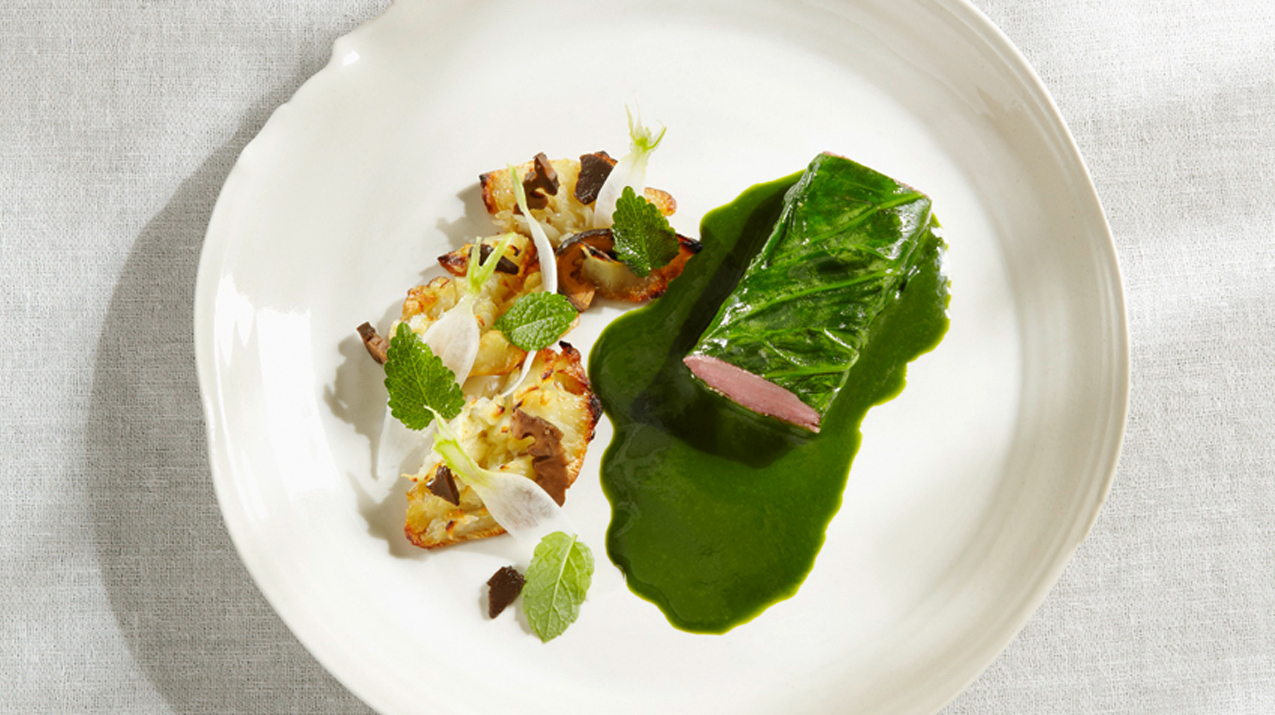 When a critic of gastronomy philosophizes about the metamorphosis of an arctic char as being of ‘nymph-like tenderness’, whose soul reveals itself on the plate, it means that Heinz Reitbauer is at work. His esteem for regional natural treasures extends far beyond the usual level. In a virtuous way, he makes them into newly interpreted Austrian classics: always looking for a new aspect and never forgetting the old. The native Austrian is one of the best chefs de cuisine of present times. Four toques in the GaultMillau, two Michelin stars, ‘Best restaurant of Austria’ in the Fallstaff restaurant guide, ‘Best restaurant of Austria’ in the ‘A la carte’ guide, with the Steirereck restaurant for the last eight years first restaurant of Austria on the World’s 50 Best Restaurants List, currently in ninth position, – and now, in autumn 2016, elected ‘Chef of the decade’ by GaultMillau. Those who enjoy cooking can understand his tremendous performance in constantly maintaining a position among the global leaders. Moreover, Heinz Reitbauer makes every effort to support the up-and-coming. His concepts and unusual methods of preparation are exemplary for many cooks.

All in all, these are more than enough reasons to invite Heinz Reitbauer once again in 2017, as a guest chef on the ChefAlps stage. In 2012, he came for the first time, and ever since he has supported the International Cooking Summit as ChefAlps ambassador for Austria. The 46-year-old is the personalized blend of a creative discovery cooking artist and a successful restaurateur. Since 2005, Heinz Reitbauer has followed in Vienna his two-track approach to regional cuisine: on the ground floor, at the restaurant Meierei im Stadtpark, he offers simple bistro cuisine with high-quality foodstuffs, and on the first floor, the Steirereck restaurant offers world-class top gastronomy. In both cuisines, the focus is on seasonal and regional products and their high-quality preparation. All of it on the uncompromising basis of using almost exclusively local products or produce from his own farm. Furthermore, he searches with meticulous care and joy of discovery, for so far unknown or almost forgotten ingredients – more intensely than hardly anywhere else. With that, the two-star chef has achieved an unmistakable identity.

Even in his younger years, Heinz Reitbauer created a strong impression in his parents’ restaurant, and developed early a great passion for cooking. After having graduated from the hotel management school in Altötting, in Bavaria, he started his cookery apprenticeship in the domestic restaurant, and completed it with the brothers Obauer in Werfen. He then worked with Alain Chapel – a pioneer of ‘Nouvelle Cuisine’ – in Mionnay near Lyon, and with Anton Mosimann in London. In 1996, the Reitbauer family opened a further restaurant, the Steirereck Inn on Pogusch, where Heinz Reitbauer was the chef de cuisine from the start. In 2012, the family acquired the Meierei im Stadtpark in Vienna after having moved, in 2005, to a new place where they opened the Steirereck im Stadtpark restaurant under the aegis of Heinz Reitbauer as chef de cuisine.

Despite the exceptional national and international acknowledgement, Heinz Reitbauer always stayed true to himself and expresses his philosophy like this: ‘For success one needs a proper identity above all. What counts in the end is the fidelity to oneself, in all the spheres of life’.