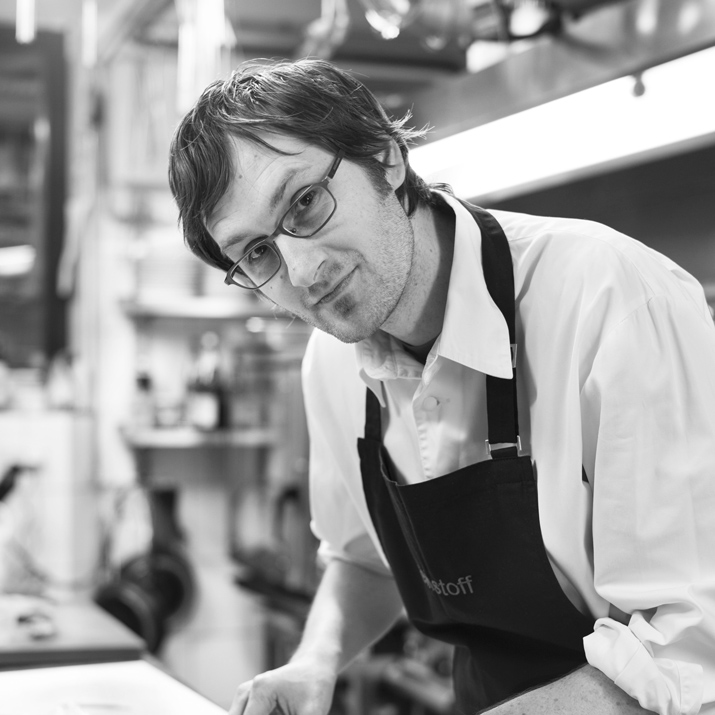 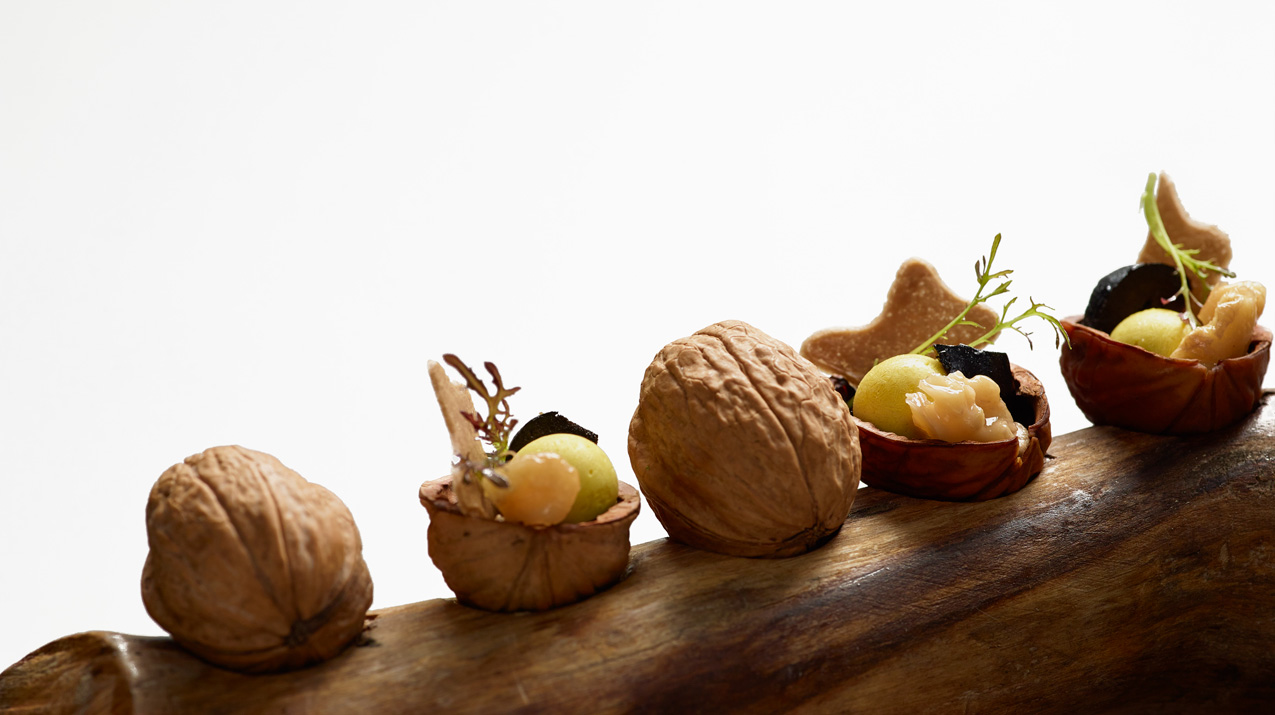 The name of the restaurant ‘reinstoff’ in the historic Edison yards in Berlin, was a conscious choice. Declared ‘Chef of the year 2014’ and awarded 18 points by GaultMillau and two stars by the Michelin guide, Daniel Achilles presents in his restaurant a light, modern gourmet cuisine based on ‘clean substances’. Besides freshness and quality, the restaurant also guarantees precision and authenticity for any produce used. ‘ganznah’ (from nearby) and ‘weiterdraussen’ (from further away) are the ‘nicknames’, also a conscious choice, of two menus with varying dishes offered by Daniel Achilles.

In his ‘ganznah’ menu, Daniel Achilles pays tribute to current matters, such as product shortages and overfishing. He does this by using, almost exclusively, ingredients from the local area, preferably with a focus on the culinary hinterland of Berlin. Such is the origin of dishes like ‘Redfin perch from the river Müritz in chervil butter with water spinach’ or ‘Spicy onions, sweet, sour, caramelized and baked, with whey from the Eifler Vulkanhof farm’. With his ‘weiterdraussen’ menu, Daniel Achilles takes his guests on a culinary journey to unforeseen taste experiences. These avant-garde creations,  such as ‘Teriyaki from young venison saddle with lotus, ginger and brown sugar’ are based on clean substances with a great respect of nature, which he also expresses in the presentation. The chef prefers to serve appetizers on a nicely formed branch from a walnut tree rather than on a normal china plate. The exceptional young talent is almost fanatical in his search for innovation. He works together with his team until something very personal and unique, and above all unknown, is created.
With his mother being a cook, Daniel Achilles, a native of Leipzig, learned his cookery skills and respect for nature and its creations from scratch. He also gained insights into in-house butchery at the  Paulaner Palais Leipzig, and learned about active vegetable and herb care during his national civilian service in a care home with a self-sufficient garden. Rainer Behringer (restaurant Stadtpfeiffer) taught him about star cuisine, and his professional background serving under  the master chefs Juan Amador, Bernhard Diers and Christian Bau influenced his cookery style before he became self-employed. In 2009, he courageously opened the restaurant reinstoff in Germany’s gastronomically pampered capital, along with the economist Sabine Demel and the sommelier Ivo Ebert. The concept worked out. Only eight months later the restaurant was awarded a Michelin star, and the second one followed in 2011.