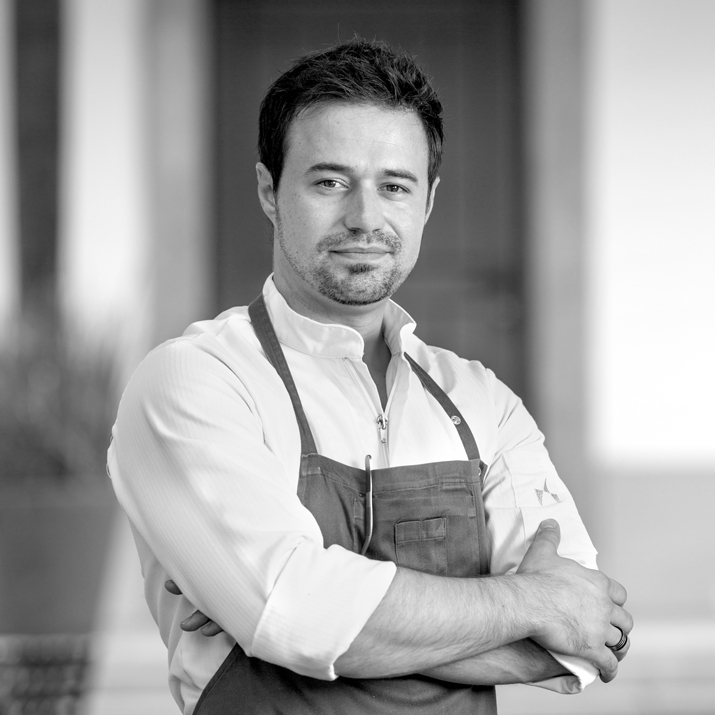 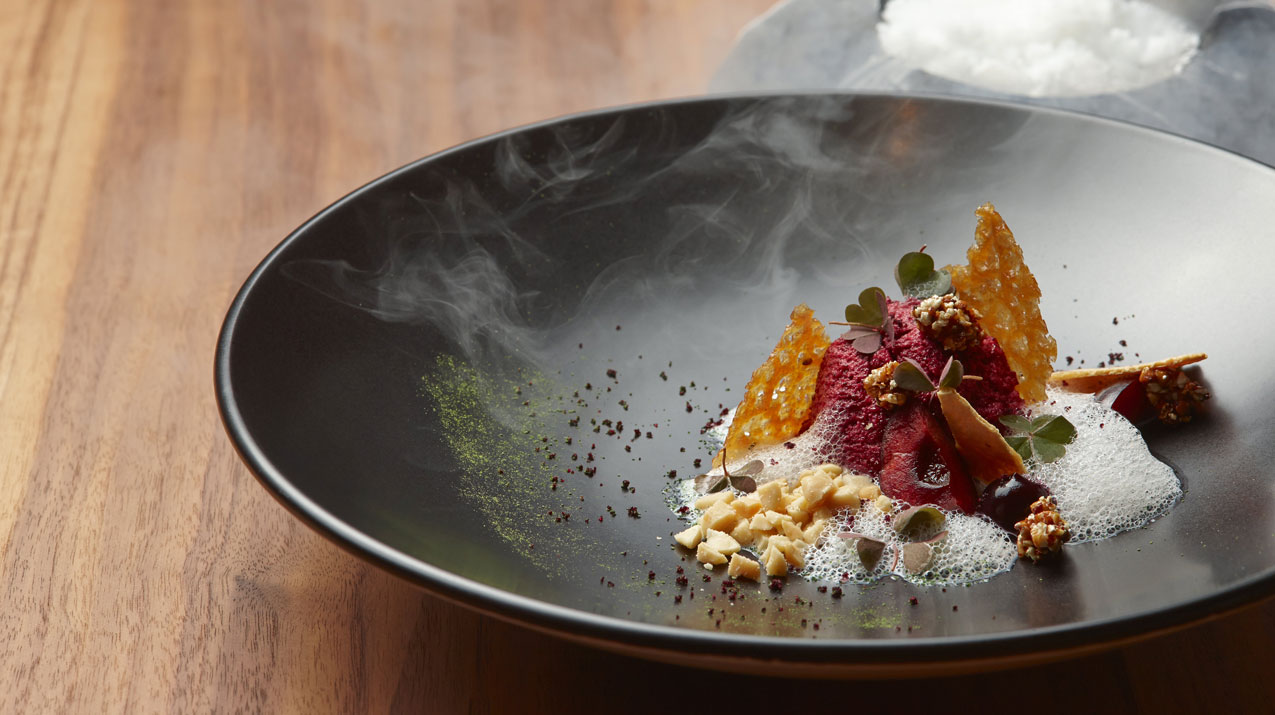 Thanks to his spectacular creations and ingeniously subtle flavour combinations, the native Austrian and Swiss by choice Christian Geisler (30) ranks among the currently most exceptional young master chefs. All connoisseurs are unanimous: ‘His cuisine at the Kunsthof restaurant is truly artistic. The menus are well thought through, with certain dishes needing considerable preparation, and they are mostly incredibly light. Simply highly talented’, judges the GaultMillau.

The renowned gastronomic guide awarded Christian Geisler 17 GaultMillau points only a few months after the opening of the restaurant and honoured him as ‘Shooting star of the year 2015 in the German-speaking part of Switzerland’. Furthermore, the Michelin Guide promptly granted him one star! The Kunsthof in Uznach, on Zurich’s doorstep, has the charm of a farmhouse combined with modern architecture. It obviously represents a successful experiment by master chefs from two generations: Christian Geisler enthralls guests here as chef de cuisine in the front line, while Marcus G. Lindner, executive chef at the luxury hotel Alpina Gstaad, took over further responsibility as the owner of the restaurant and supporting pillar for gastronomic advice at the Kunsthof.