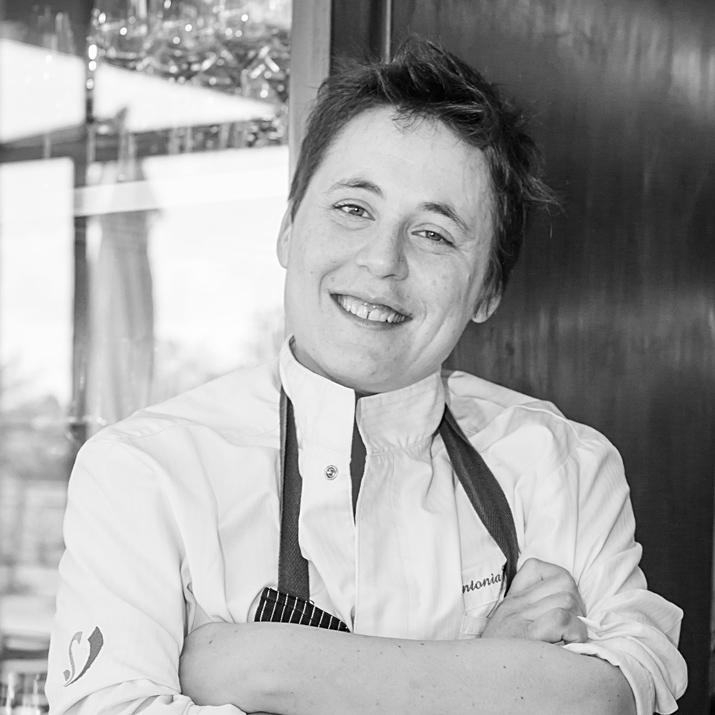 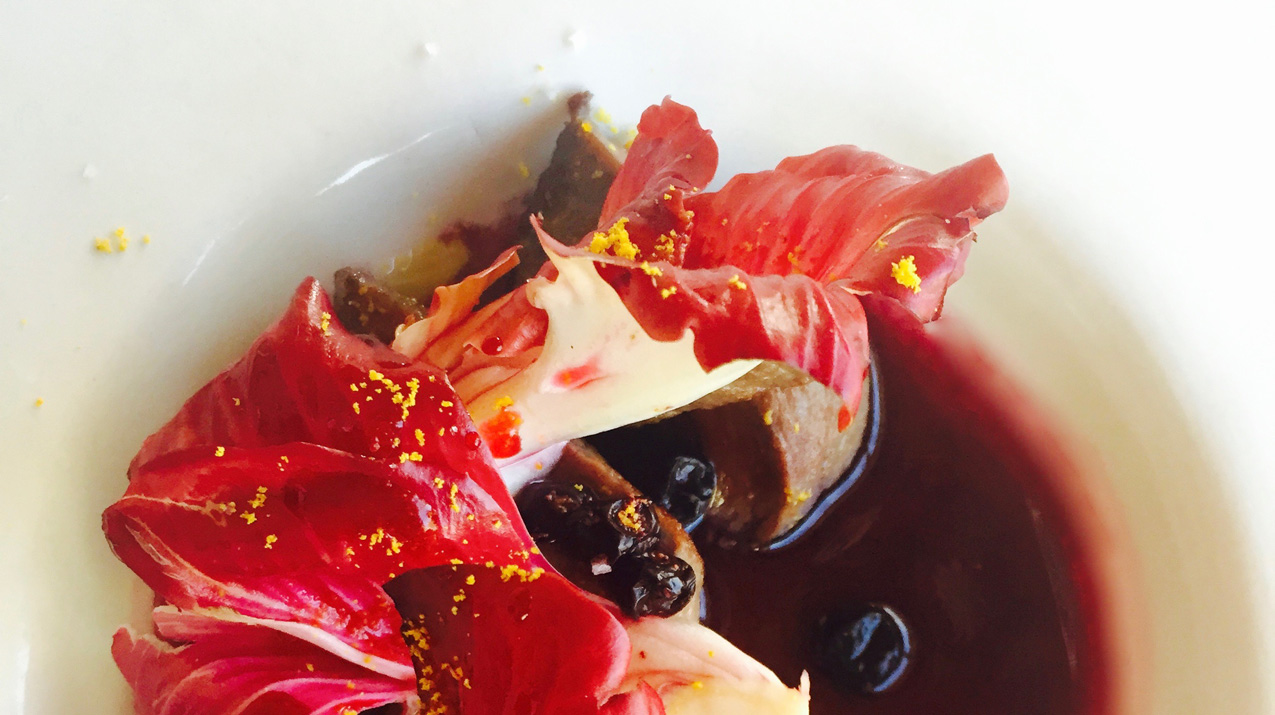 Antonia Klugmann, a native from Trieste, is among the most sensational shooting stars of the northern Italian gourmet scene. Her dishes reflect the environment of her small country inn L’Argine a Vencò, situated in Friaul, near the Slovenian border. Her entirely unusual combination of ingredients and a fine and subtle use of herbs, brought her a Michelin star in her young years. Antonia Klugmann comes from a Jewish-Italian family, and this cultural diversity also distinguishes her cuisine: ‘I love to create things that have never existed before. However, my new creations always imply personal experiences as well as continued traditions. I want people to notice this diversity when they taste my dishes’, is how Antonia Klugmann explains her philosophy.

She started her career as a cook 15 years ago, in Milano, after having finished her law studies. This was a good decision, as soon became apparent after her classical cooking training. During these first four years, Antonia Klugmann earned her first merits at the Baldovino restaurant with master chef Raffaello Mazzolini, before gaining professional experience in further premium restaurants that inspired her to find her own style. She admires Ferran Adrià, Massimiliano Alajmo and Pier Giorgio Parini and Niko Romito who remain her inspirations to this day.

An accident forced her to interrupt these learning and travelling years. During her convalescence at home, Antonia Klugmann laid out her first vegetable and herb garden, and she discovered the aromatic richness of the plants that were going to round off her culinary signature. A short time after the opening of her first restaurant in 2006, the Antico Foledor Conte Lovaria in Pavia di Udine, she celebrated her first successes with her outstanding aromatic cuisine, and was distinguished as newcomer of the year.

The L’Argine a Vencò restaurant opened its doors at the end of 2014. The building is a modern synergy of wood and glass in the middle of picturesque vineyards and hills in the Friaul region, next to an old stone mill from the 16th century. Antonia Klugmann fulfilled a dream with this house that she literally ‘built’ for four years together with her partner, after having bought the land for it in Dolegna del Collio in 2010. Also during this period, she earned for the first time a Michelin star as chef de cuisine in the Venissa restaurant in Venice, or rather on the offshore island of Mazzorbo.

Today, for her kitchen at the L’Argine a Vencò, Antonia Klugmann cultivates many ingredients in her own garden that surrounds the country inn. One of her specialities is blue fish and anchovies, both products that are usually not part of the luxury goods of a star-crowned restaurant. This is exactly where the Klugmann secret of success is to be found: ‘What really excites me is working with something that people don’t think of as a precious ingredient. I love to see the beauty where others cannot’.