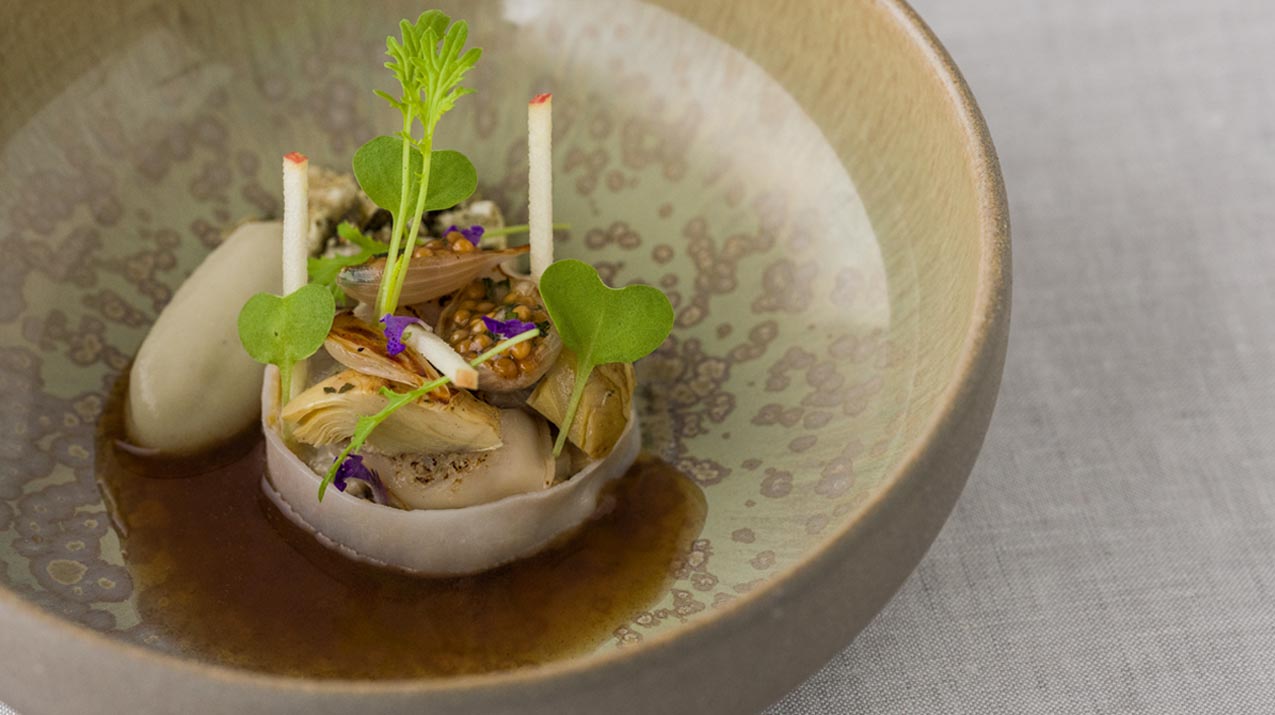 Syrco Bakker from the Netherlands is one of the most sensational young chefs around, with a career in high-end gastronomy that reads like a picture book. Bakker started out as a dishwasher, found a burning passion for the chef profession, and went on to do his culinary training at a school of hotel management and in professional positions, working alongside the top chefs Jonnie Boer, Jean-Georges Klein and Gordon Ramsay. When only 22 years of age, he became Sergio Herman’s sous-chef at the legendary three Michelin star restaurant Oud Sluis. For the last eight years, Bakker has been Herman’s Chef de Cuisine at Pure C. The cult chef and entrepreneur opened Pure C with Bakker in 2010 at Strandhotel Cadzand-Bad. The hotel is named after the seaside resort where it is located, on the coast of the Dutch North Sea. Just one and a half years after the launch of the restaurant, Bakker’s culinary skills were recognised with one Michelin star and 2018 the second star followed.

“Fish from the North Sea and seafood from the beach, grasses and herbs from the dunes, and meat from organic farmers in the countryside – I let them shine using flavours from all over the world like I am putting them on a stage – in the purest and most flavourful way possible.” This is how the 34-year-old himself describes his culinary style. “Syrco is an incredible talent and cooks with as much passion as I do,” says his mentor, Sergio Herman. A food critic summed up Bakker’s dishes as being like a great gourmet cinema for food connoisseurs. What fascinates everyone about Bakker is that his dishes reflect the restaurant's spectacular location. They seem to playfully and easily combine the best regional products with exotic spices from all over the world. Bakker favours Indonesian flavours in particular due to his family roots (his mother is originally from Indonesia).

He also likes experimenting, incorporating never-before-tried natural ingredients into his creations. The ideas come from visits to his local producers and from his travels. Bakker also places great importance on sharing his ideas with his sous-chefs at Pure C, and on working together on dishes in which everyone brings their talents to bear. This is a great opportunity for the sous-chefs, and one that the exceptionally talented Bakker took advantage of himself when working with his mentors on his own path to becoming a chef. The passion for experimentation that Pure C’s Chef de Cuisine possesses also fits perfectly with the “Plates-to-share” concept used in the restaurant: guests can share their meals at the table in whatever way they please, according to their mood.