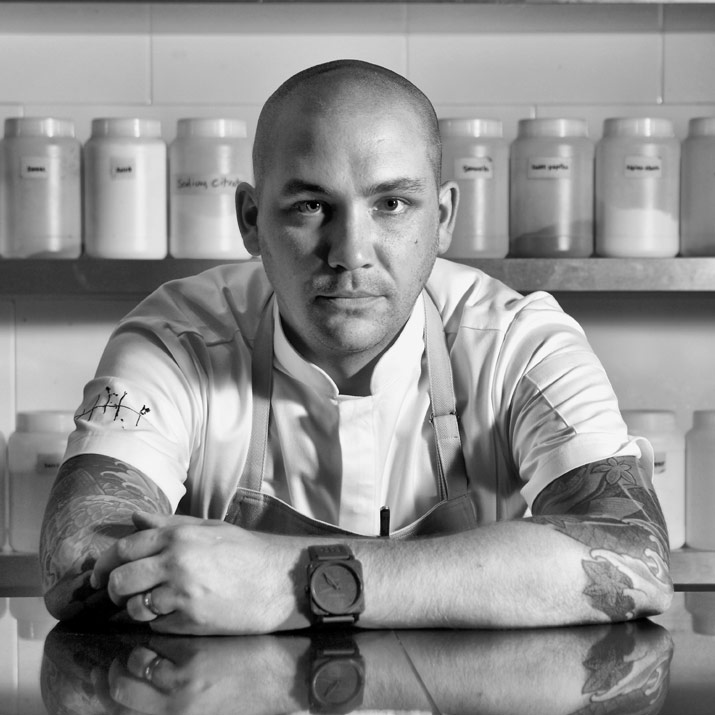 Thanks to his extremely unusual avant-garde dishes, always served in conjunction with ingenious cocktails, the native Briton Ryan Clift and his Tippling Club restaurant have reached Singapore’s gourmet summit. Surprisingly new intense taste experiences are his speciality, “My dishes are based on the concept of umami. We try to use natural glutamate to enhance the flavour of our dishes”. To do so, Ryan Clift gladly makes use of modern gastronomy techniques, as well as classic French haute cuisine, benefitting from the entire spectrum of a subtle aromatic interplay from his own herb garden. Ryan Clift’s rise has been meteoric, and he has received innumerable awards.

For instance, in 2011 he was the very first Chef de Cuisine from Singapore to be invited to the Madrid Fusión in order to present his extraordinary concept. In 2013, at the World Gourmet Summit Awards of Excellence, he won no less than five awards with the Tippling Club, among them - the most appreciated Restaurant and Bar of the Year. Tippling Club currently ranks 27th on “Asia’s 50 Best Restaurants” list, 31st on the “World’s 50 Best Bars” list and at the Tales of the Cocktail 2017 Spirited Awards, Ryan Clift’s Tippling Club was awarded Best International Restaurant Bar.

Ryan Clift spent his apprenticeship and journeyman years alongside some of the world’s best chefs, such as Marco-Pierre White, Peter Gordon and Emmanuel Renaut. In 1999, he changed continents and earned a Michelin star in Australia as Chef de Cuisine at Shannon Bennett’s Vue de Monde in Melbourne, before he opened his own restaurant, Tippling Club, in Singapore in 2008. Ryan Clift now runs two further establishments in the pulsating region, including “bistronomie” concept GROW in Bali, and he is planning to expand his successful concepts in London and Melbourne.