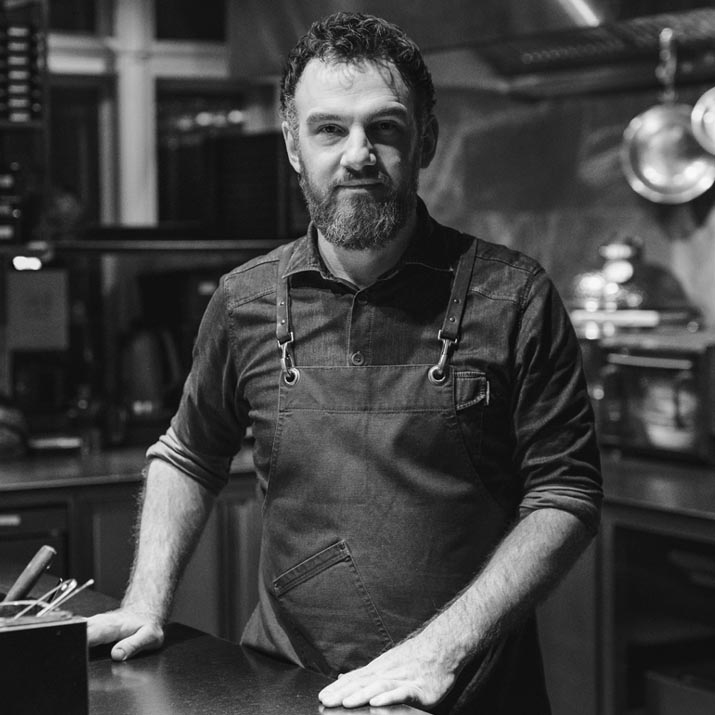 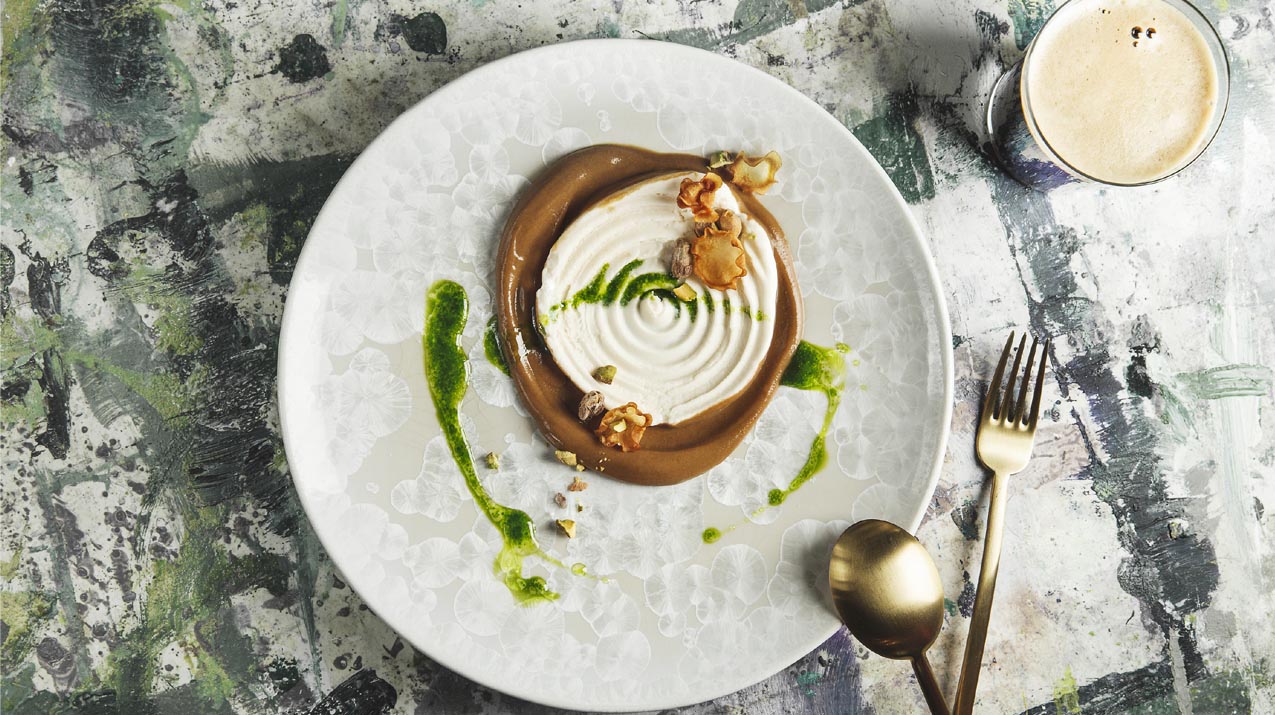 Is there such a thing as a menu comprised entirely of desserts? Of course there is! And CODA in Berlin, Germany's first and only dessert restaurant, has one. At CODA, top pastry chef René Frank and restaurant expert Oliver Bischoff prove that modern desserts can be more than just the finishing touch on the dinner that came before them. They can be a culinary revelation in their own right – a complete seven-course menu with perfectly paired drinks. “When people dine with us, they are taken through an odyssey of flavours, from the very first to the very last course. We don’t actually offer the classic sweet desserts such as chocolate tart or crème brulée, but rather a series of surprising dishes,” says Frank. His creations are composed of unexpected combinations such as parsley root, pistachio and black garlic, or beetroot, cranberries and fermented tofu.

Explaining his philosophy, the experimental top pastry chef says: “Each course is a composition that consciously breaks and overcomes boundaries.” Frank continuously redefines flavour and consistency, one course at a time. His desserts are not heavy or sweet. They are based on fresh, high-quality ingredients without artificial flavourings. Sugar is almost completely avoided. Instead, René Frank and his team allow the natural sweetness of vegetables and fruits to take effect and they get saltiness from ingredients such as cheese and anchovies, bitter substances from plants and herbs, acidity from citrus fruit or tamarind, and umami flavours from protein-containing foods such as legumes. These days, CODA even produces chocolate according to the bean-to-plate principle, starting from cocoa beans. The result of this approach is sensual, light menus and a completely new kind of fine dining.

An important part of the concept is the paired drink that goes with each course. The drink completes the flavours of the dish. Thus, the sequence of the dishes combined with the experimental drinking experience brings everything together as a harmonious whole. Regarding the drinks, Frank explains: “Here, too, we remain true to our artisanal philosophy. We make everything by hand – from ginger beer to infusions and lactic acid drinks such as kefir and kombucha.” The CODA kitchen is like a theatre. Guests can watch the spectacular preparation methods used to make the creations live from their table.

Shortly after opening, CODA was awarded “Best Gastronomic Concept of the Year 2016” (Rolling Pin Awards), and since then it has become the place to go for culinary experiences and a special kind of modern dining in Berlin’s trendy Neukölln district. This marks another major milestone in the impressive career of René Frank, who has been named “Patissier of the Year” several times. Recently another highlight followed: The first Michelin star was awarded to the CODA!

Now 33 years old, Frank was born in the Allgäu region in the south of Germany. Just one year after completing a traditional culinary apprenticeship in 2004, Frank won the gold medal at the 2005 WorldSkills Competition in Helsinki, and then went on to win several other international competitions. He honed his skills at the apex of gastronomy – at some of the best restaurants in the world. These include the three Michelin star restaurants Georges Blanc (Vonnas), Akelarre (San Sebastian) and Nihon Ryori RyuGin (Tokyo). He also studied at the Centre de Formation Alain Ducasse in Paris and at the Culinary Institute of America in New York and Napa. According to top chef Thomas Bühner, “René Frank is a truly exceptional patissier.” Frank worked in Bühner’s legendary three Michelin star restaurant La Vie in Osnabrück as Head Patissier for six years before successfully taking the plunge into self-employment with CODA.