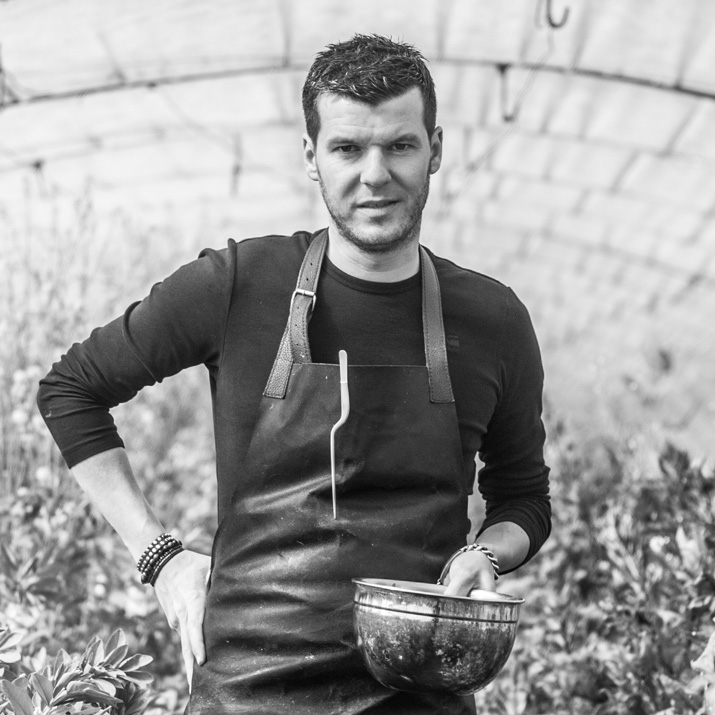 Nobody before Gert De Mangeleer was ever awarded three Michelin stars after only five years. Thus the 38-year-old Belgian and his strikingly young team (average age 22) have succeeded in bringing a true innovation to the world of haute cuisine at the restaurant Hertog Jan. At the Madrid Fusión, Gert De Mangeleer was honoured with the title ‘Best European chef 2014’. In accordance with his motto ‘Simplicity is not simple’, his success is based on Flemish power cuisine – modern, but without following popular tendencies.

His creations such as ‘raw lobster, marinated in vanilla oil, with raspberries and a crunchy beetroot rose’ or ‘goose liver roll with passion fruit and liquorice’, feature an exceptional intensity and abundance of authentic flavours. Vegetables, herbs and edible flowers from Flanders play a central part in his cuisine. Gert De Mangeleer is inspired by the growth cycle of plants – from the seeds to the harvest – and he therefore continuously creates new dishes according to the changes of the seasons. Gert De Mangeleer brilliantly masters the treatment of textures and temperatures, combining traditional cooking skills with modern preparation techniques, as if it were the most natural thing in the world.